All day long your brain is filtering images, smells, sounds and tastes. What is relevant and what is not? Without this filter, you would go completely crazy. Researchers at Erasmus MC’s Neuroscience department have now discovered how the cerebellum of mice helps to separate important signals from less important ones. 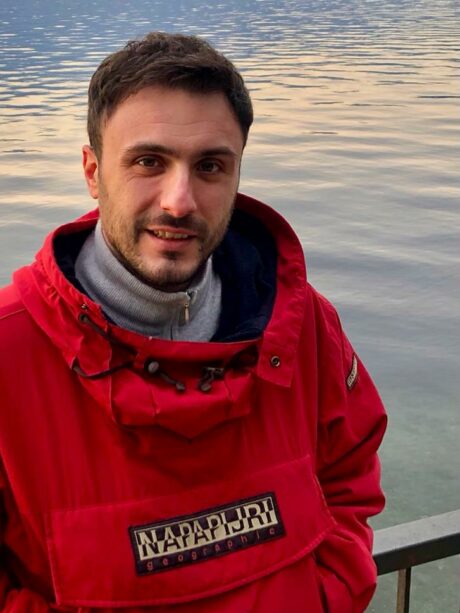 The key appears to lie with what one of the lead researchers Laurens Bosman calls ‘Barbapapa cells’. These cells, with the official name Purkinje cells, are found in the cerebellum of both mice and humans. Bosman and his colleagues taught mice to ignore a loud noise and to respond to a gentle touch of the whiskers. When the mice reacted correctly, they were rewarded with water.

Meanwhile, the researchers recorded what was happening in individual cerebellar Purkinje cells, they write in the scientific journal Cell Reports. PhD student Lorenzo Bina did the lion’s share of the experiments.

The Purkinje cells appeared to change identity. At first, they responded only to loud noise and later only to touch. ‘A kind of Barbapapa cells, in other words,’ says Bosman. The change in the cells kept pace with the learning curve of the mice. The better the mice learned to perform the task, the greater the change in Purkinje cell activity. 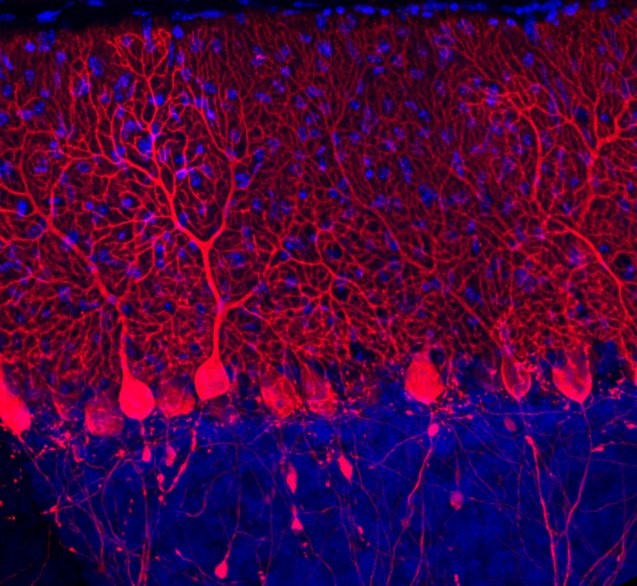 Purkinje cells (in red) are located in the cerebellum of mouse and men | Image by Z. Gao

In conclusion, the shapeshifting of the Purkinje cells causes the mice to stop responding to the irrelevant loud noise and instead respond to the relevant touch. Scientists call this selective attention. ‘Everything in this process depends on the context. A loud bang, such as one that startles you on a quiet summer evening, is nothing special during a fireworks show. Selective attention involves reacting not so much to what’s loudest or brightest, but matching your reaction to your expectation,’ Bosman explains.

Mice with dysfunctional Purkinje cells could also learn to ignore the loud noise, but needed more time to do so. Bosman says: ‘We see something similar in people who are born without a cerebellum – something that rarely happens. These people eventually learn to walk, but this can take ten or even twenty years. As a result, we already knew that the cerebellum is important in learning movements, but apparently it works the same way in other forms of learning.’

Molecular radiation biologist Dr. Julie Nonnekens and developmental psychologist Dr. Charlotte Cecil have both been granted a Starting Grant from the European Research Council (ERC). With the prestigious grant the young scientists of Erasmus MC can expand their research projects.

The coronavirus SARS-CoV-2 infects kidney cells and contributes to tissue scarring in the kidneys. This has been shown by researchers from the Erasmus MC, RWTH Uniklinik Aachen in Germany and Radboudumc.

Around 30 percent fewer strokes were diagnosed during the first corona wave than during similar periods in previous years. The number of heart attacks diagnosed remained the same. This is evident from research conducted by the Erasmus MC in the Rotterdam Rijnmond region.