Nico Bruining likes to call his area of expertise ‘digital cardiology’. His latest project is interpreting ECGs with artificial intelligence (AI). The idea is that a computer can assess several ECGs of the same patient at lightning speed and detect details that remain hidden to the human eye.

Bruining: ‘Computers are tireless, and AI sees things that we do not. AI can possibly even pick up on early signs of heart failure or atrial fibrillation. Our ultimate dream is to use AI to prevent someone from becoming a patient.’ Bruining works together with Erasmus MC Professor Peter de Jaegere, Professor Eric Boersma, and the TU Delft to achieve this.

Digital cardiology is a world that has yet to be discovered for the most part. ‘Because of AI, I see a revival of the field. Since the mid-1990s, we have stored cardiological digital data in Rotterdam, giving us a head start. Data such as ECG images and signals, in their original and unprocessed format. It was a gamble because, at the time, this kind of data lacked its purpose. But now, we almost have 150 terabytes of data, which, especially in recent years, has been growing exponentially. The ECG data alone is a treasure trove of data, which we only just have begun to mine.’

‘AI sees things that we do not’

Bruining was a late teenager when he was a patient to the department where he would later start his career. He had to undergo a heart catheterization because of, at that time, unexplained pulmonary embolisms. When he was sent for an internship to the same Rotterdam lab where he had previously been a patient, he was an electrical engineering student. ‘It was a coincidence. All the other places were already taken.’

He never left Rotterdam. ‘It fascinated me enormously to work as a technician in medicine, especially in cardiology. The internship led to a job as a technician in the cardiac catheterization lab. Now Bruining is head of the clinical and experimental information processing department within the Clinical Epidemiology & Innovation (KEI) unit of the Thorax Center.

In Bruining’s early years as a technician, digital cardiology as a field began to form. ‘At the time, the Thorax Center was leading in interventional cardiology, echocardiography, and in the application of computer technology. We were the first to discover and implement 3D ultrasound of the heart and coronary arteries.’

Bruining later earned his Ph.D. on this subject and is now involved in everything digital in the world of heart disease. ‘Our motto is: we build the technology of tomorrow, which we would have liked to have yesterday.’ From heart rate and blood pressure monitors to the detailed analysis and quantification of X-ray, ultrasound, and CT images of the heart and blood vessels. Recently, the use of AI for more patient-specific analysis was added, which shows great potential.

Bruining can no longer go without the help of the industry in his work, he explains. ‘During my internship, we built the catheterization room all by ourselves, apart from the X-ray machine. Nowadays, we buy most things from the medical industry. We do like to work together with them to tailor the furnishings and functionalities to our specific requirements.’

According to Bruining, it is also essential to give feedback to the industry. He recalls a manufacturer who had designed a patient table in the catheterization room hanging from the ceiling instead of being mounted on the floor as is customary. ‘It looked state-of-the-art, but when I wanted to lower the table, it came loose. The construction wasn’t designed for the forces acting on it. ‘

Since then, the table has been mounted on the floor as usual. Bruining: ‘If the designers had spent a few weeks in the lab first, they would probably have reconsidered the idea of a ceiling table.’ Meaning: as a technician, you have to be close to the workplace to notice what’s going on and where technology could be beneficial.

Bruining is, next to his job at the Thorax Center, also editor-in-chief of the scientific journal European Heart Journal – Digital Health. The open access journal was founded in late 2020 and is the youngest journal of the European Society of Cardiology. International experts share the latest insights and research results in the field of digital cardiovascular health with their colleagues.

‘We have just started our second year and are already indexed in the first major literature database, the DOAJ. That is extremely fast for a newly-founded journal. We have had 100,000 article downloads from the website in the past year. One of the recently published articles even made the front page of The Guardian and many other media outlets, including the BBC. The article was about when best to go to sleep to minimize the risk of cardiovascular disease, based on data from smartwatches. It gives an excellent indication of how considerable the interest in Digital Health is in society. I am proud that we have set up and coordinated this journal from Rotterdam’, says Bruining. 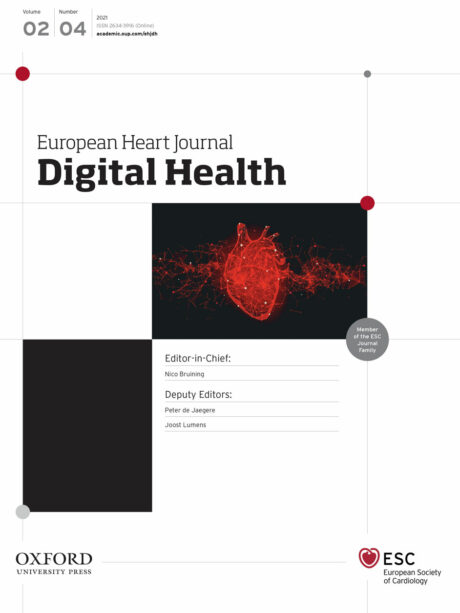 The best way to address risk factors for future pandemics is a One Health approach that balances and optimizes the health of people, animals, and ecosystems. That is the message of the The Independent Task Force on COVID-19 and other Pandemics, which includes Prof Dr Marion Koopmans of the Erasmus MC and Pandemic & Disaster […]

Metastases in cancer are often caused by a few abnormal cells. These behave more aggressively than the other cancer cells in a tumour. Miao-Ping Chien and Daan Brinks are working together, from two different universities, on a method to detect these cells.

Artificial Intelligence (AI) as a partner in healthcare. Researchers, tech businesses and the government are joining forces to make this happen. Together they are setting up 17 laboratories, two of which will be at Erasmus MC. ‘The impact of AI on healthcare could be enormous.’