At sixteen, Tokameh Mahmoudi (aged 44) graduated from high school in the US and went to university. “In my second year, I became fascinated with the idea that although all cells in our body have the same genetic material and are guided by that, they are all different as well. A liver cell is very different from a skin cell or a brain cell. How that happens – the process of differential regulation of gene expression – has really interested me ever since.” 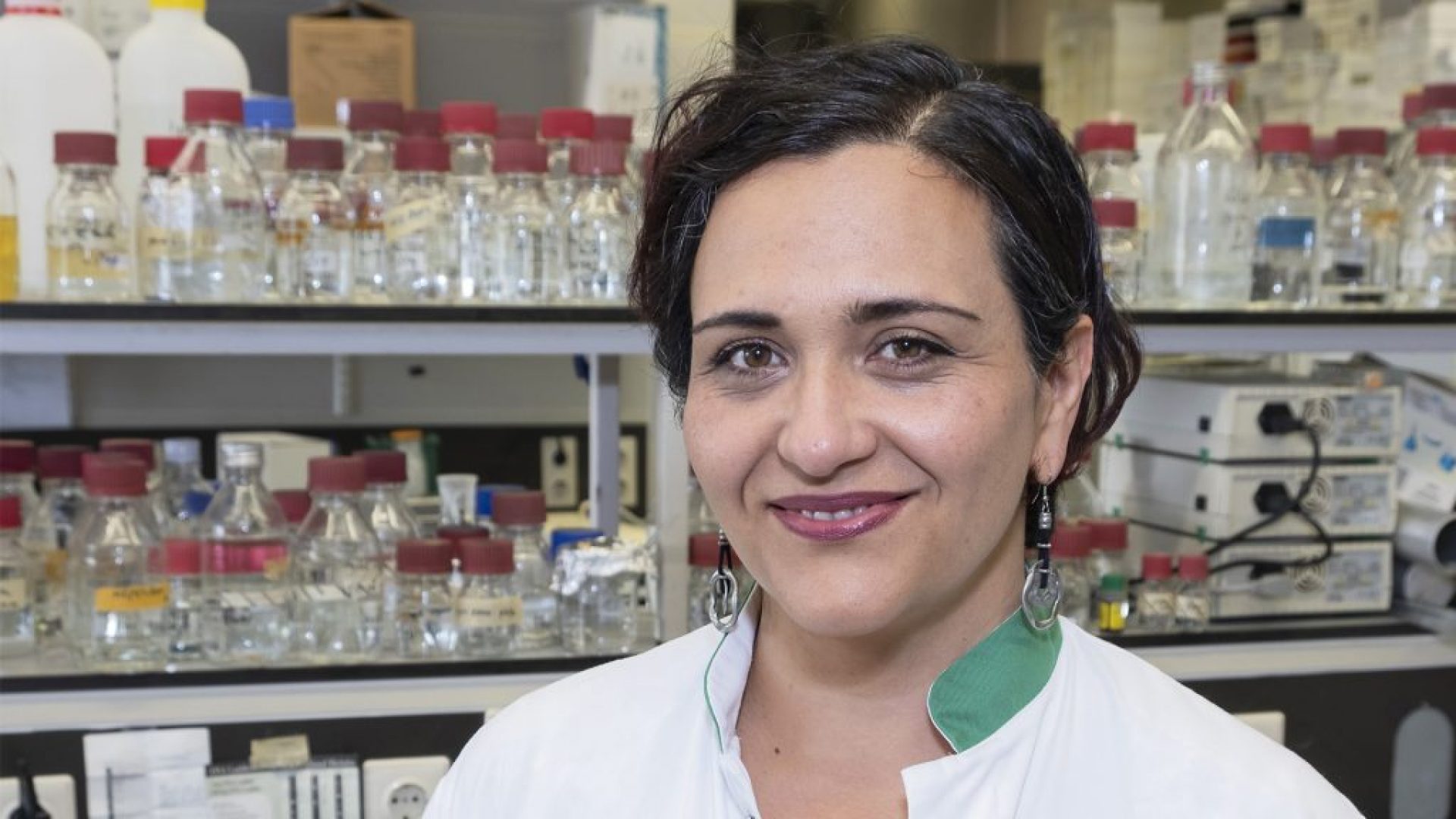 Having been born in Iran and then spending her teenage years in the USA without her parents,  Tokameh Mahmoudi learned to take matters into her own hands at an early age. “I was twelve years old when my parents planned to move to the States. They decided to send me ahead to stay with family so that I could  start school. After a few months, we were informed that my father and sister were denied visas. My parents gave me a choice: to come home or stay in America and continue the path I was on. At home in Iran I had experienced the Iranian revolution at the age of  seven and by the time I was eight, Saddam Hussein invaded Iran and we had been in war with Iraq ever since. Moreover, I had always wanted to go to university in America and I wanted to pursue that dream. So I decided to stay. My mother travelled back and forth to visit me as often as she could but I did not see my father and sister for eight years because I was admitted to the US on a single entry US foreign student visa.”

During the missile attacks on Teheran, I was sometimes unable to get in touch with my family for days

Three months after Mahmoudi decided to stay in the States, her uncle, who she was staying with, was offered a position in Italy. “My aunt and uncle left for Europe and from then on, I stayed with other relatives or various friends of relatives, usually one year per family.” At the age of twelve, she lived in Racine, Wisconsin, at thirteen in Walnut Creek, California,  at fourteen and fifteen in Killingworth, Connecticut, and at the age of sixteen in San Diego, California.” Looking back Mahmoudi says: “It was the most stressful period in my life not being with my family at such a young age Especially during the missile attacks on Teheran when I was sometimes unable to get in touch with my family for days, not knowing if they were safe. On the other hand, it fostered characteristic traits which have been very beneficial to me throughout my life and career: the flexibility, independence, and resilience I needed during those years, became a big part of how I deal with life. It also allowed me to travel within the US and make friends with different kinds of people, some of whom I am still in touch with.”

After graduating from the University of California at Berkeley, Mahmoudi moved to family in Toronto, Canada to do a master in biochemistry. “My uncle applied for residency for my mother and her family which was granted. For the first time in eight years, we were reunited as a family for a few weeks.” To be closer to her parents, Mahmoudi later applied to the Imperial Cancer Research Fund (now CRUK) in London for a PhD position. One year after she started working there, the lab moved to LUMC in the Netherlands and so did she. “One of the first people I met in in the Leiden lab was a Dutch guy called Rob. He was also doing his PhD in biochemistry. We got married four years later and today, we have two daughters in the age of twelve and nine.” 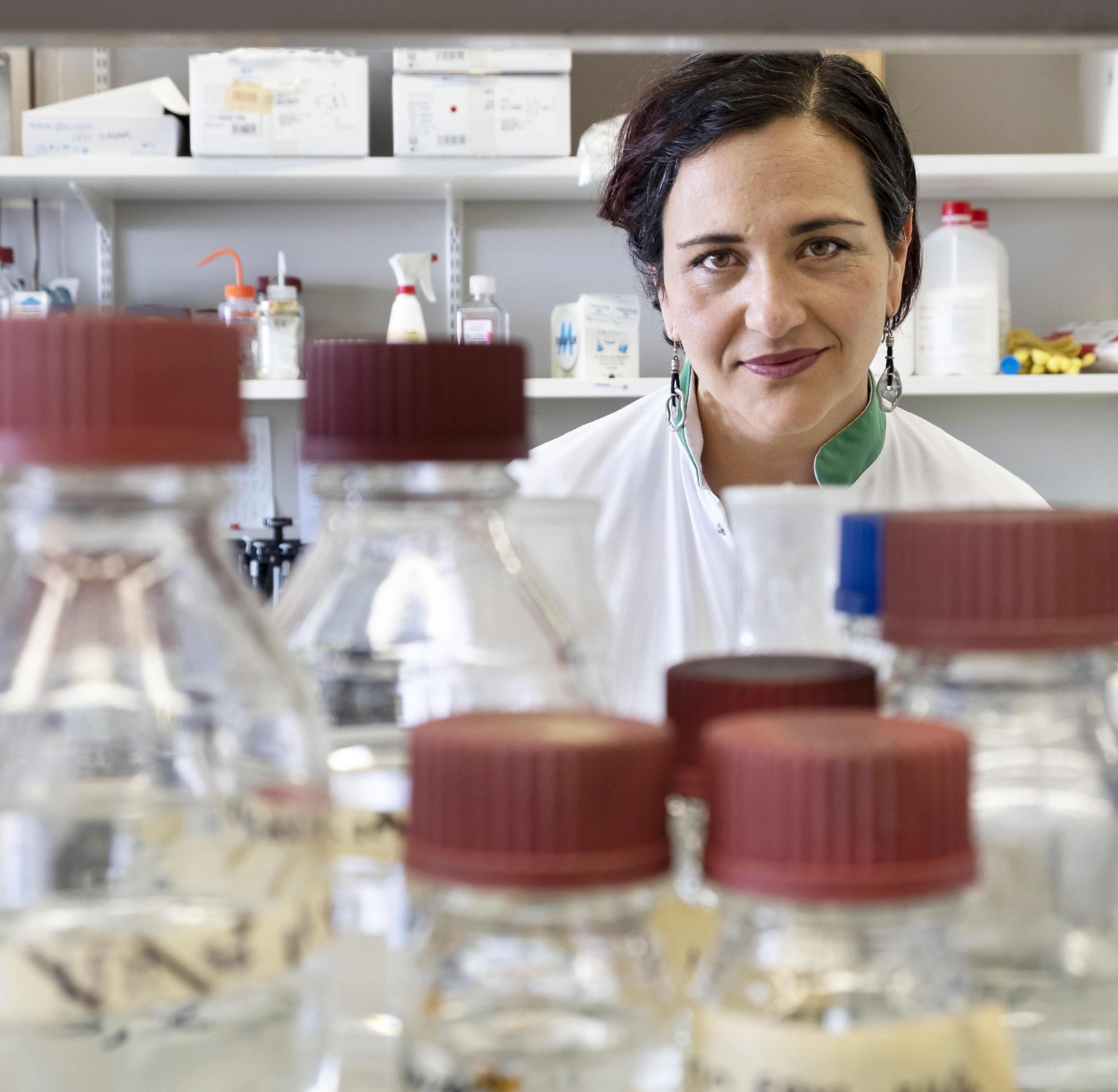 Mahmoudi moves on to Erasmus MC in 2010 where she sets up collaborations with the departments of Internal Medicine, Immunology and Virology, as well as Hepatology and Transplantation and Surgery for her research into two infectious diseases: HIV and hepatitis B virus (HBV) infections. “My goal has always been to do high quality fundamental research that is also translational. The infectious disease model systems on HIV and HBV that I work on allow that. And Erasmus MC, with the infrastructure it has and the working relations between relevant departments, is a great place to do this type of bench to bedside research.”

The goal of the interdepartmental projects is to try to translate basic fundamental advances in HIV and HBV to the development and testing of novel therapies in the clinic. Mahmoudi received, among other, an ERC grant of € 1.5 million in support of her research into HIV. “We want to know why HIV is a latent virus and how we can activate it. As the virus is sleeping, the infected cells are not seen by the immune system and are therefore not removed. As a way to shock the infected latent cell into showing itself, . In line with the so called shock & kill approach to awaken the virus, our aim is to make the infected cell recognizable so that the immune system and antiviral drugs can get rid of infected cells. Eventually, we want to identify drug combinations to be tested in a clinical trial which will remove the hidden HIV infected cells in patients and try to achieve remission or a cure. We are currently doing a proof of concept clinical study with one of these compounds to assess its ability to reverse HIV latency in patients.”

Mahmoudi’s other focus area in research is HBV infections, a major cause of liver cancer worldwide. Current treatment can reduce the progression of liver disease by stopping the virus from replicating, but treatment is lifelong. “The interdepartmental collaboration enables us to work with cultures of livers of HBV infected patients, expanding possibilities for research and drug testing. We have developed an HBV infected liver test model, which we are setting up to use in drug screening. We are also looking at possible HBV-induced patterns in gene expression that predict a type of liver cancer called HCC, short for hepatocellular carcinoma.” HCC is one of the most common types of cancer worldwide but it is less common in the Western world. In the Netherlands, over 400 patients are diagnosed with HCC annually. It has a 40% one-year survival rate. 85% of patients die within five years. Mahmoudi: “We are currently looking at whether the test model can also be used to monitor a patients’ disease progression as well as exploring possibilities to delay disease progression.”