Immunotherapy with the drug pembrolizumab will only be effective in one in five patients with metastatic bladder cancer. ‘It’s hard to estimate in advance which patient will respond to the therapy. This is inconvenient for patients and costs society a huge amount of money,’ says Robbrecht. For her thesis, she investigated ways to predict which patients with metastatic bladder cancer will respond well to immunotherapy.

The amount of tumor DNA in the blood seems to play an important role here. ‘Patients with less tumor DNA in their blood have a greater chance of successful immunotherapy,’ says Robbrecht. Tumor DNA is released from tumor cells and then circulates in the bloodstream. ‘A lot of tumor DNA in the blood means that the cancer is already well advanced. In patients with metastatic bladder cancer, it seems that immunotherapy will not be effective. In this case, other forms of therapy can be considered, such as treatment with antibody-drug conjugates (a type of targeted chemotherapy) or more intensive treatment with a combination of two drugs.’ 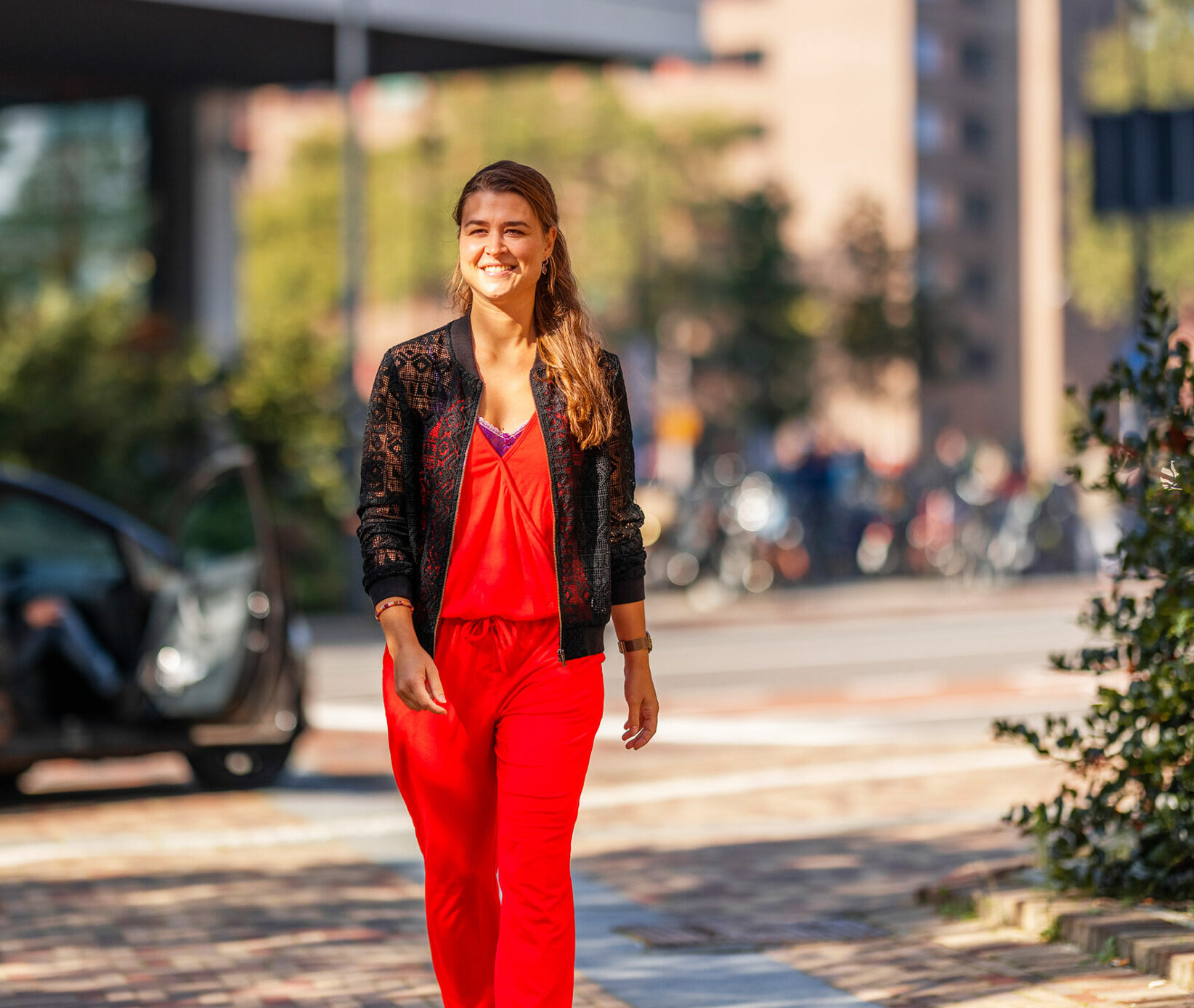 In her research, Robbrecht uses a new method to measure the amount of tumor DNA. ‘With the current commonly used measurement methods, you must first establish the exact mutation profile of the tumor. In order to determine this profile, we need a piece of the patient’s tumor tissue. Removing tumor tissue is stressful for patients and not always possible, because the tumor is sometimes inaccessible.’ In the new method, tumor tissue is no longer required to determine the amount of tumor DNA. This makes it faster, easier and cheaper to screen patients.

In some pregnant women, the NIPT has even revealed that they had cancer. Since then, considerable research has been carried out to apply this technique within the field of oncology. ‘Although the technique is not yet reliable enough to detect cancer, we show that you can still use it to predict the potential effectiveness of immunotherapy.’

Will the level of tumor DNA in a patient soon be the only thing that determines whether someone receives immunotherapy? Robbrecht does not think things will go that far. ‘We would first like to confirm our results once again. In the future, I also expect that we will look at a combination of different factors to assess whether immunotherapy makes sense. For example, we also saw that the number of specific immune cells in blood can predict whether immunotherapy will be effective.’ Robbrecht hopes that the choice of therapy will increasingly be based on measurements. ‘This will soon allow us to provide every patient with the best possible care.’

If the expression ‘looking for a needle in a haystack’ applies to anyone, it is to Prof. John Martens of the Erasmus MC Cancer Institute. He and his team search for fragments of cancer in body fluids. These liquid biopsies teach them a lot about cancer patients and their tumors.