All scientists working on DNA repair know that the textbook pictures of this process are not yet complete. ‘That’s why we are always looking for new proteins that play a role in repairing DNA damage,’ says principal investigator Prof. Jurgen Marteijn of the Molecular Genetics department. Recently they succeeded with the discovery of the protein called HLTF. It led to a publication in the scientific journal Molecular Cell, with PhD students Marvin van Toorn and Yasemin Turkyilmaz as shared first authors.

The protein HLTF turns out to play an important role in repairing DNA damage. This damage occurs in each cell thousands of times every day, for example induced by UV radiation from the sun. Repair is important because unrepaired DNA damage can lead to cancer and accelerated aging. Therefore, each cell has specialized molecular machines that constantly scan the DNA for damage and repair it. For the repair of damage caused by UV radiation, this process is called nucleotide excision repair, or NER.

When DNA damage is detected, proteins are recruited that cut the damaged piece of DNA out of the strand. This is the moment where HLTF comes in. Marteijn: ‘Previously, we thought that after the cut, the damaged piece would fall out of the DNA by itself, after which the gap would be filled with undamaged DNA. Now it turns out that HLTF actively evicts the incised piece from the DNA.’ Without HLTF, the incised piece of damaged DNA remains stuck to the DNA strand, and the repair process cannot proceed. 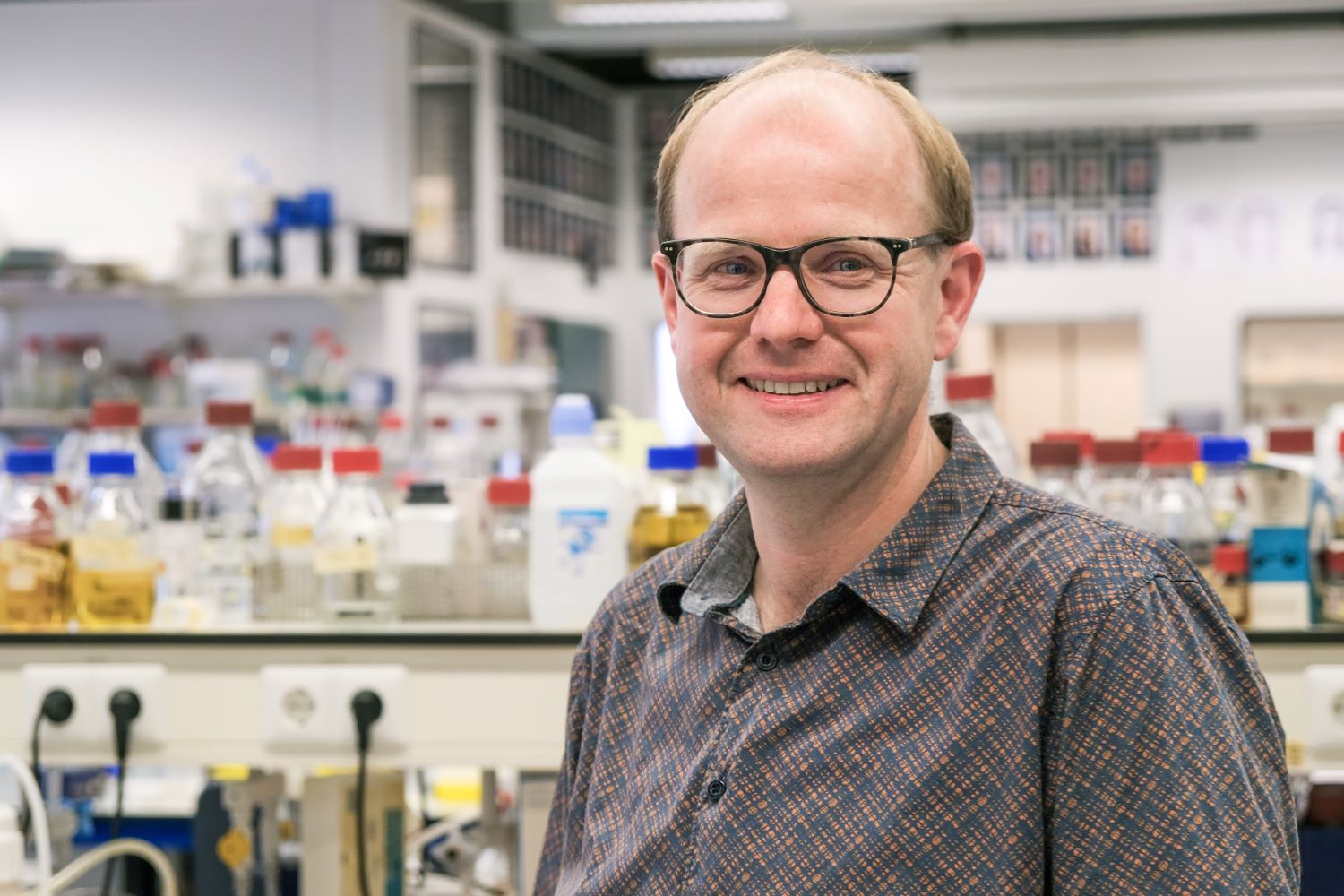 HLTF fulfills a role that the scientists did not yet know existed. Although in retrospect, they did have some clues, Marteijn explains. ‘We knew that the proteins that recognize the damage and recruit the cutting proteins are very firmly attached to the DNA. So, it makes pretty good sense that this complex doesn’t suddenly detach after the damaged part has been cut loose. Now that we have discovered HLTF, it makes sense that the extra step is necessary. How else do you make room for the proteins that are supposed to fill the gap?’

According to the scientists, their discovery is reason to adjust the schematic pictures of the repair mechanism NER in scientific articles and textbooks. A new player needs to be added. This also happened earlier with the discovery of the repair protein ELOF1. ‘It may look like we make such a big discovery every year, but it comes with fits and starts. That’s science,’ says Marteijn.

Marteijn also sees opportunities for follow-up research. ‘Many types of chemotherapy kill cancer cells by damaging the DNA. And we know that some tumors express the HLTF protein less or not at all. So, in theory, these tumors are extra vulnerable to chemotherapy whose DNA damage is normally repaired by NER. If it is known in advance that a tumor produces less HLTF, this can be a reason to prescribe such a form of chemotherapy in these patients so that the tumor cells are extra sensitive.’ If this is indeed the case, Marteijn wants to investigate further.

The scientists summarize their findings in the graphical abstract below. 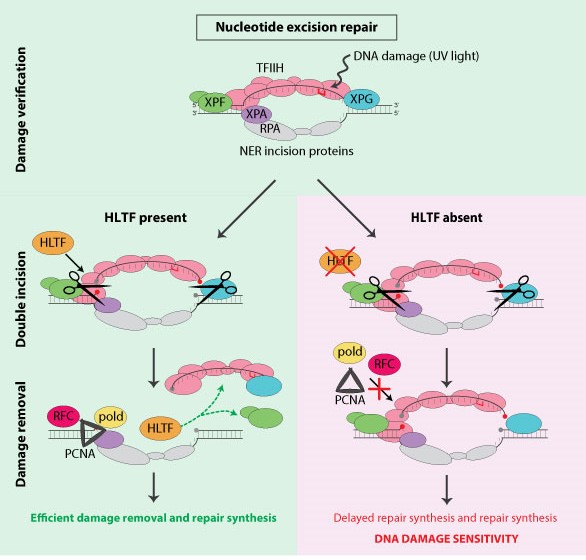 Fundamental research into aging and aging diseases has taught scientists a lot about how aging works and how this process can be manipulated.

Scientists at Erasmus MC have discovered a new key player in a DNA repair process. Three players were already known. This fourth one appears to be the missing link, playing a special role in countering aging caused by DNA damage.

When a body cell starts to divide, its DNA must be copied letter by letter. A delicate process, because the correct genetic code is the basis for the new cell to function properly. Researchers at the Erasmus MC Cancer Institute discovered a new mechanism that acts as a kind of director in the DNA copying […]