The scientists made so-called model embryos that are almost similar in appearance and development to a real mouse embryo from 5 to 7.5 days after fertilization. That is the stage just after implantation in the wall of the uterus when the placenta, yolk sac, and first tissues of the embryo are starting to develop.

For the ‘mouse embryos’ the researchers used three types of stem cells. The first kind forms the embryo, the second the yolk sac, and the third the placenta. Roughly speaking, the researchers add the stem cells together in a culture dish, in specific proportions, and under controlled conditions. Then the cells do their own work, while the researchers keep a close eye on how development proceeds. ‘It’s all very delicate because the three types of stem cells also communicate with each other. They direct each other’s development’, explains Catherine Dupont. She led the research, published in Science Advances, and has been working for more than 10 years on stem cell models that mimic mouse embryonic development. 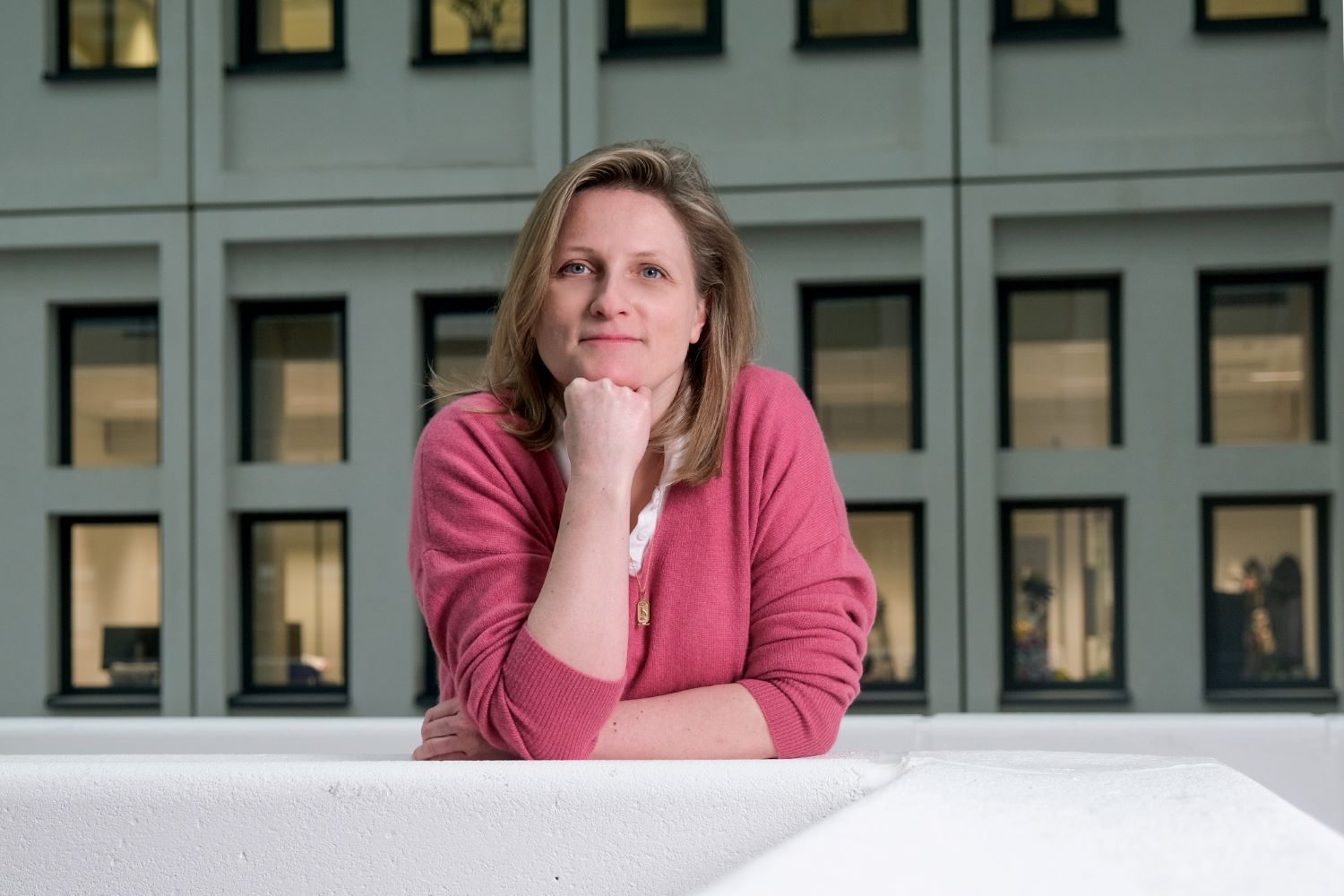 Cathérine Dupont | Photo by Esther MorrenDupont and colleagues are not the first to create such a “mouse embryo” from stem cells. In 2022, scientists from America and Israel also succeeded in this. The shortcoming of their approach was the low efficiency of the culture protocol. Relatively few attempts succeeded.

The Rotterdam scientists focused mainly on higher success rates. With Dupont and colleagues, about 40 percent of the stem cell aggregates form a “stem cell embryo” after 4 days in culture. With peers, who used more advanced culture methods to keep the stem cell embryos alive longer, the rate on day 4 was about 15 percent is.

Efficiency is important, according to Dupont: ‘The percentage of aggregates that continue to develop as a real embryo gets smaller every day after the fourth day. So we need a robust procedure to make enough stem cell embryos each time so that we can draw reliable conclusions from our research on embryo development’, she explains.

The relatively high efficiency of her approach is the result of a lot of trial and error, according to Dupont. ‘An important discovery was that it works well to first add together the two types of stem cells that make up the embryo and the yolk sac. Only later do we add stem cells that form the placenta’, she explains.

By coloring the three types of stem cells, Dupont was able to determine that the cells continue to follow their own development and do not get mixed up. ‘That is important to know if we are going to create mutations later on to see what the consequences of that will have for the development of the embryo. We want to be sure that cells do not imperceptibly take over each other’s tasks.’

‘This saves a lot of experimental animals’

The artificial embryos make research into the early beginnings of life possible without sacrificing laboratory animals. Studying a real mouse embryo in the first days after implantation is difficult because the embryo is still very small and deeply hidden in the uterus. Dupont’s stem cell method circumvents this problem. ‘This saves a lot of experimental animals. We figure out the first answers in the stem cell models and then later confirm in real mice.’

The list of questions Dupont wants to answer includes, for example: how exactly are the different cell types that make up a body formed? And how do the cells work together in the process, on a molecular and genetic level? Scientists choose to answer these questions first for mouse embryos, because much more is already known about their development than about human embryos.

But eventually Dupont also wants to make the step to creating stem cell models that help to understand human development. She is therefore proud of her result, but not yet satisfied. ‘I still have plenty to do. The mouse model can always be improved. For example, for this article, I have not yet used advanced culture methods, such as rolling culture tubes and adding stem cell blood. My peers have already done that, to keep the stem cell embryos alive longer. If I add that to my method, I expect the efficiency to hold up and we can look a few days further into development. Then we will have stem cell embryos with beating hearts. At the same time, I am working on a method to understand human embryonic development using stem cells.’

Researchers at Erasmus MC will start two ambitious projects to better treat or even cure sickle cell disease. They are betting on molecular spelling correction and on baby hemoglobin.