When Eric Steegers came to work in Rotterdam in 2001, the gynecologist and researcher noticed that the rate of infant death around the time of birth was abnormally high. In some neighborhoods in town it was up to four times as high as the national average. A risky lifestyle and bad social circumstances were the most important causes, research commissioned by Steegers showed. He says: “We also saw differences between native Dutch people and non-natives, but the largest problem was the social circumstances, like income and housing.” With this data professor Steegers turned to the local authorities and got approval for a Rotterdam plan of attack against infant death. By now this successful approach is making its way into other cities under the motto Healthy Pregnancy 4 all. This is partly thanks to the support of the Ministry of Health, Welfare and Sport.

Steegers says that especially the early stages of pregnancy needs to get more attention. “The first months of a pregnancy are important to the development of a child. But the first contact between mothers-to-be and their midwife and other health workers does not take place until after this important period. Too late. Women should receive advice about their way of life before the pregnancy even begins. Think of taking folic acid, giving up smoking, not drinking and healthy eating. If all this goes right in the first months, there is a smaller chance of problems during the pregnancy, but also in the later life of a child and adult. A healthy life begins before conception.” 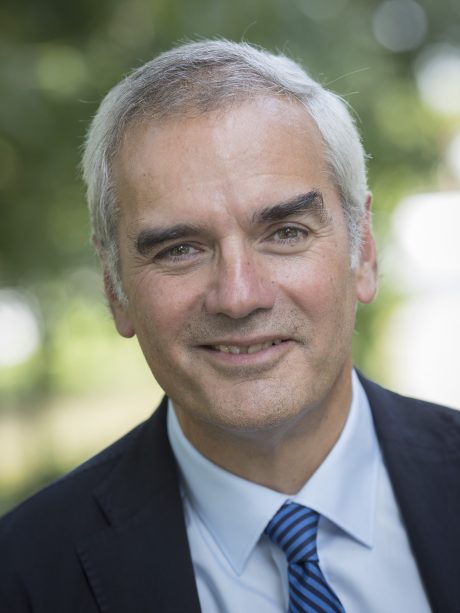 How do you encourage people to improve their lifestyle? Steegers: “That is possible if you focus attention on it in the right way and at the right time. We use advisors from the target audience itself. They can reach future mothers with a kind of ‘tupperware party’. And we make sure general practitioners can easily refer mothers to the right support. We also developed the coaching program Smarter Pregnancy. This gives people tips on healthy living through the internet and their cell phone, through emails and texts.”

The central message of Healthy Pregnancy 4 all is that every mother has the right to the correct aid. This is partly an organizational challenge. Organizations sometime work at cross-purposes. Steegers: “But in the trial cities we see for example that midwives and gynecologists are making good arrangements for tailored care. The same goes for the local health authorities, clinics and the Youth and Family Centers. We get everyone around the table. In this way we create care pathways in which we see what a woman needs in a certain situation and how we can organize this as “smartly as possible.” Since research in Rotterdam has shown that it concerns many more matters than just the lifestyle of the mother, in the other cities attention is also focused on the social circumstances of families. Steegers: “We look at poverty, domestic violence, debt repayment and housing. These factors influence the pregnancy. If necessary, we can call in the help of social workers for example.”

Are more healthy babies being born in the trial cities? Steegers: “ The research into this has not been completed. But I have complete confidence that the project will be successful in this regard. We do already know that both care workers and parents are satisfied. We see that mothers start living healthier lives; especially when the father also joins in. We will see what the consequences are for matters like birth weight and infant death.” However, Steegers looks at the work that has been done with satisfaction. “No one still denies that prevention begins with the wish to become pregnant. As Rotterdams medical center, Erasmus MC has taken on a leading role in a development which is being copied all over the Netherlands.” The message of Steegers is all about prevention: “The health of the future population is partly dependent on the care for the future pregnant women of today.”