Thanks to effective therapy, HIV infection is no longer a deadly disease. But that doesn’t mean the battle is over. Patients have to take lifelong medication because the virus silently hides in the cells of the immune system. That is, of course, if people have access to medication – which is often not the case in countries where HIV infection is common.

Much research therefore focuses on reviving the dormant virus and wiping it out. In a new study published in the scientific journal Nature Communications , Erasmus MC scientists present a new strategy for this.

‘We have found a way to selectively induce HIV-infected cells to self-destruct,’ explains researcher Dr Shringar Rao. She did so using an alternative version of the heavily researched method ‘shock and kill’. The original method involves luring the virus out of its hiding place using chemical tricks and then killing it by the immune system. ‘We chose instead a ‘shock and induce suicide’ method. We activate a mechanism in the infected cell that causes it to self-destruct,” says Rao. ‘The advantage of this strategy is that we are not dependent on the weakened immune system of people living with HIV to kill the virus.’ The scientists are the first to show that ‘shock and induce suicide’ using a new class of compounds is a promising strategy. 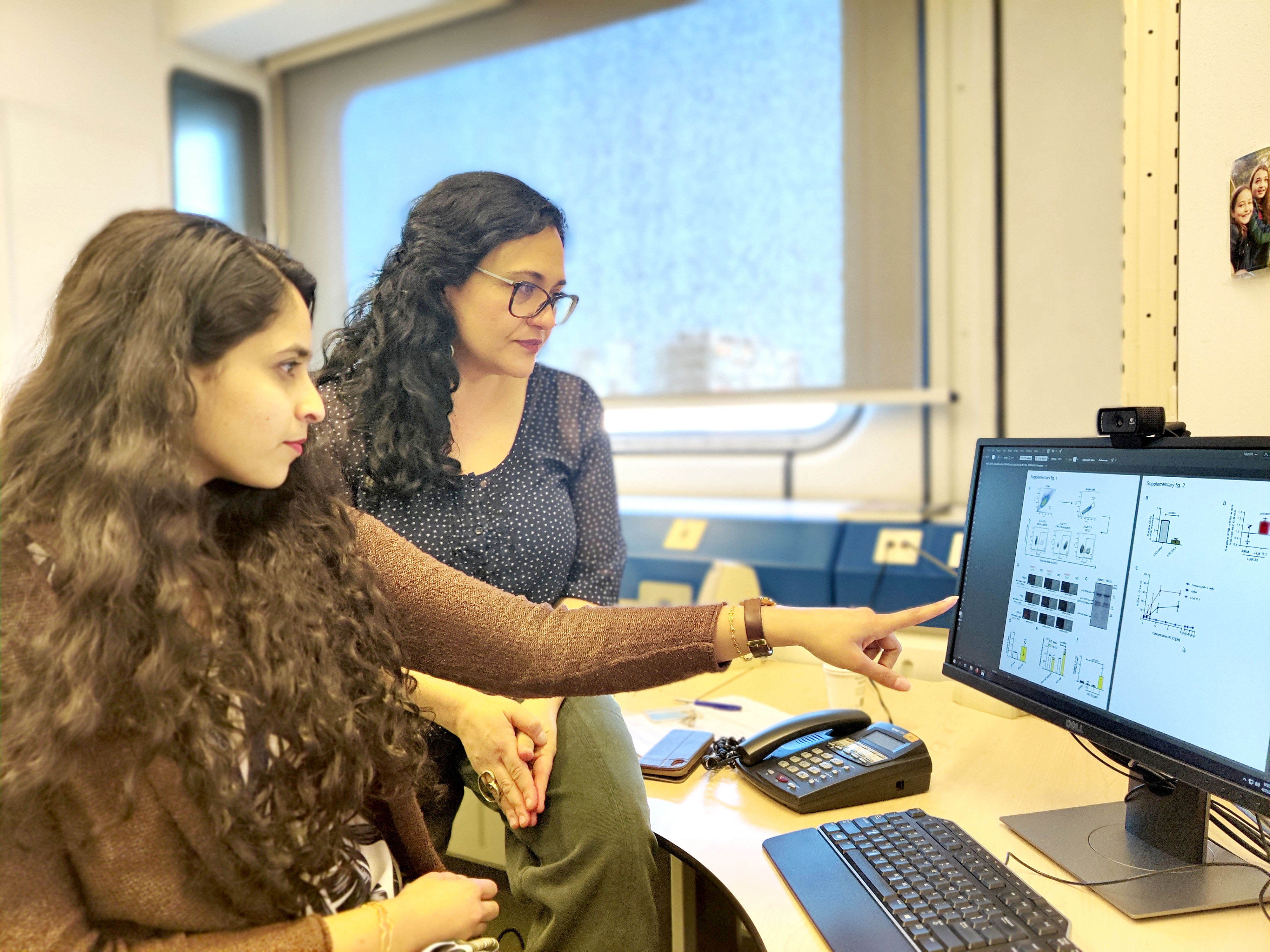 The researchers used substances that inhibit a protein called DDX3 that helps HIV convert its genetic material into virus proteins. Treatment of infected cells from the blood of seven people living with HIV with DDX3 inhibitors indeed led to a reduction in the number of immune cells that contained dormant virus.

Their findings are a great basis for further work, the researchers believe. ‘The next logical step would be to test DDX3 inhibitors in people living with HIV, but that’s currently not possible, because these substances are not yet approved for use in patients. Of course we also want to investigate which other substances have the same effect and whether we can make combinations, with the ultimate goal to eliminate the dormant virus’, explains research leader Dr. Tokameh Mahmoudi.

According to Mahmoudi, such a step from laboratory findings to a new drug fits in well with the approach of the Erasmus MC HIV Eradication Group (EHEG). In this group, scientists from various departments and disciplines work together against HIV. ‘The group was co-founded by Charles Boucher, a very dear colleague who recently passed away. The article in Nature Communication is a direct result of our collaboration, so we dedicated the paper to him.’

If their findings turn out to be the first step towards a cure for HIV infection, it would be fantastic news for countries with less money for antiviral medication and HIV testing. Rao: ‘The corona crisis shows just how great the need is. Many people no longer have access to HIV medicines or HIV tests. The Aidsfonds has calculated that this will lead to 150,000 additional deaths in the next two years over and above the 690,000 annual HIV related deaths. There is a lot of attention on corona now, but let’s not forget other viruses.’

This research was made possible by financial contributions from the Aidsfonds.